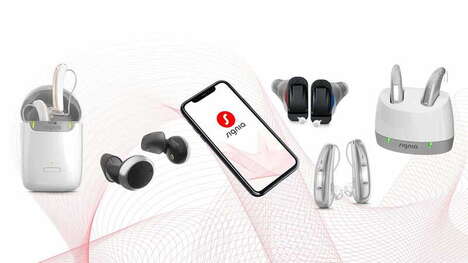 The static noise therapy mode emits a small amount of white noise to combat the silence that induces tinnitus symptoms. This is designed to help the wearer relax without being pestered by the ringing sound of tinnitus. The ocean wave therapy takes a similar approach, using natural ocean wave sounds to simultaneously reduce tinnitus symptoms while also improving the wearer’s mood. This setting is intended to be soothing, have a calming effect on the wearer, and alleviate tinnitus symptoms.

The last setting, on the other hand, takes a different approach altogether. Notch Therapy does not create a soothing or distracting noise, but rather slowly eliminates tinnitus symptoms without creating sounds at all. This is incredibly effective on patients with tonal tinnitus, the most commonly occurring form, and has even been shown to eliminate tinnitus completely after several months of using this mode. This mode works by reducing overstimulation, promoting silence, and essentially “teaching” the brain to no longer hear tinnitus-related sounds.