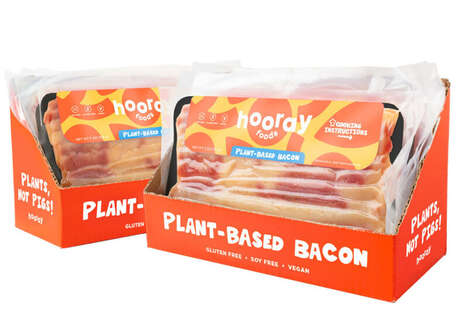 Hooray Foods, a plant-based bacon maker, has launched an equity crowdfunding campaign with the goal of raising $500,000 to expand distribution and accelerate R&D for additional meat alternatives. The company’s bacon is formulated with ingredients such as coconut oil, rice flour, maple syrup, beet juice and purple sweet potato, and is sold in more than 1,000 grocery stores, including Whole Foods Market.

The product is “quickly approaching price parity” with traditional meat products, according to the company. Hooray Foods also plans to expand its presence in restaurants and launch new variations of its plant-based bacon, such as a pre-cooked version for food service, as well as different flavors. Additionally, the company aims to lower the price of its product by reducing production costs.