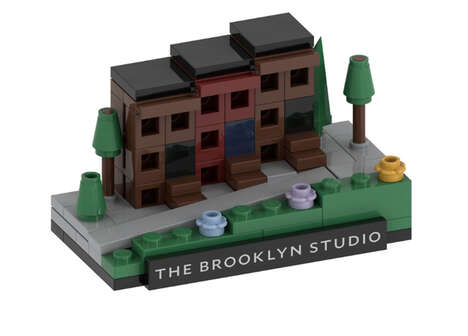 The architectural firm The Brooklyn Studio and the independent LEGO artists Steve Mayes have debuted an interesting, limited edition LEGO set that visually recreates Brooklyn’s architectural history. Without a doubt, such a creative direction is niche and will pique the curiosity of locals, urbanists, architects, and designers.

The special edition LEGO set includes important landmarks for Brooklyn’s architectural history—from the Carroll Street Bridge and the Bridge Tender’s House (both of which were completed in 1889) to the Memorial Arch (1892) and Prospect Park (1873). In total, The Brooklyn Studio x Steve Mayes LEGO set consists of 349 pieces.

For The Brooklyn Studio, which specializes in rowhouse architecture, the LEGO collaboration is “arguably aligned with their ability to capture the Brooklyn streetscape as a simplified brick-by-brick recreation.”