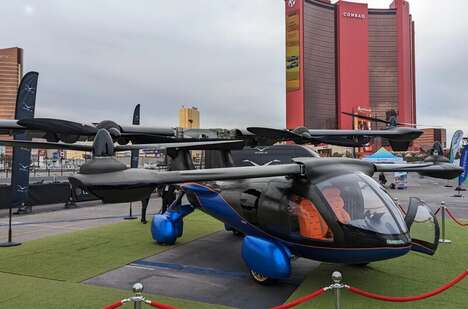 ASKA exhibited its useful car capable of flying model, the A5 eVTOL. This is a VTOL, meaning it is fit for taking off and landing straight upward, like a helicopter or turning motor fly. The vehicle was displayed in a completely utilitarian state fit for driving, taking off, and flying.

The ASKA A5 eVTOL requires a speed of 105 km/hr to take off on a level plane, which it accomplishes in less than five seconds. This implies the A5 requires a little runway of just 76 meters. The organization expressed that the vehicle part of the plane isn’t a trick and is, truth be told, financially savvy, as the electric vehicle motor speeds up fundamentally faster than a committed plane propellor would be able to do. The included electrical motors were planned explicitly for the A5 eVTOL, so everything from the load to the power yield is uncommonly organized for this vehicle.

ASKA’s next interest for the A5 is driving and flying confirmation, so it is right now working with the NHTSA and FAA.