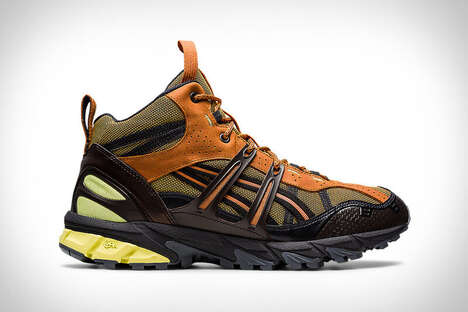 The Asics US2-S Gel-Sonoma MT trail boots are a mixture footwear style built and intended to fill in the hole that exists between everyday wear action shoes and climbing styles the same. The half breed boot shoe style is intrinsically prepared for the outside with a 15-50 crosscountry spike and offers a progression of chromatic accents across the sum of the plan. The upper part of the shoe was made with the assistance of the Kiko Kostadinov studio, while the base and outsole development are taken from the Gel-Sonoma trail shoe.

The Asics US2-S Gel-Sonoma MT trail boots are done with a bunch of paracord-motivated bands that are thick and sturdy, and are not difficult to pull on because of a progression of decisively positioned pull tabs.