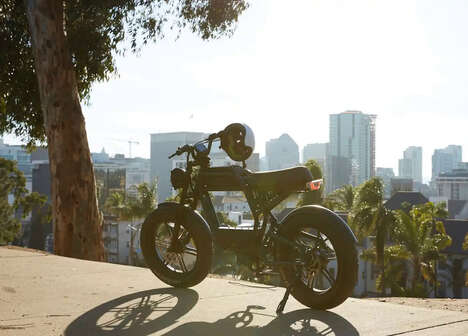 The Ride1Up ‘Revv1’ e-bicycle, an electric bicycle that seems as though a sulked, was recently sent off. Both bicycle models have 750W engines sent in Class 2 mode, empowering them to surpass 20 mph with pedal or choke help. Standard Drove lighting for the front and back incorporates an enormous bike style headlamp that isolates the two front blinkers.

The tires, which have double game tracks intended for both road and trail use, are safeguarded by bumpers at the front and back of the vehicle. The Revv1’s cast wheels from Bafang dispose of the requirement for wire spokes and upkeep, and the water powered circle brakes add to this decrease. While the Revv1’s 1,500-watt full-suspension engine can’t approach the 2,000 watts of pinnacle power given by rival e-bicycles, it is still very viable.