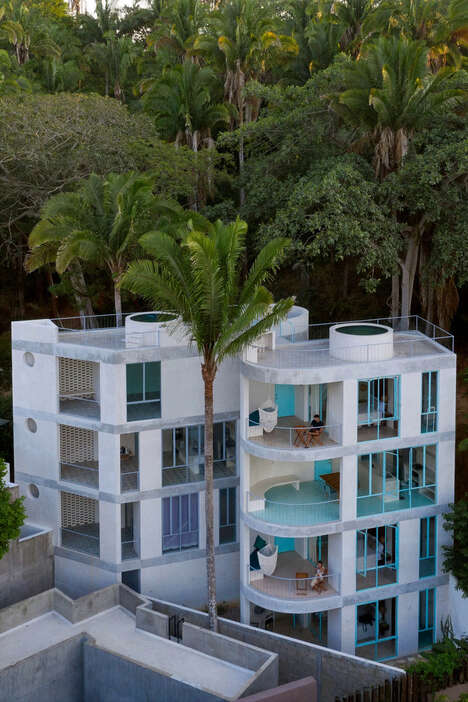 Engineering studio Palma presents its new plan as the Chiripa lodging complex that is situated in Mexico. It is planned with driving components of grayish plaster walls and a progressively round flight of stairs. The space is a half breed explore that mixes together the elements of private space and inn style living.

It is comprised of two mathematical volumes that interface by a stacked scaffold and isolates into six living units. The previously mentioned grayish plaster is differentiated by the dazzling blue varieties that make up the ground surface, window edges, and entryways. That’s what palma states “The execution of plaster on the walls, in a grayish tone, fills in as a setting for the shadows cast by the vegetation filling in the different green region of the complex.”