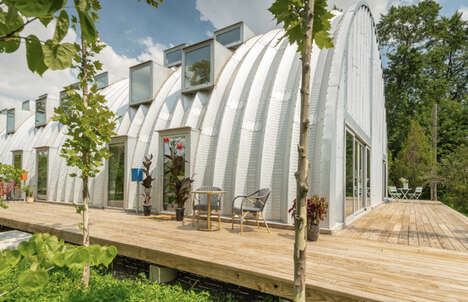 A new elongated metal building occupies Core City, “an evolving neighborhood in Detroit.” Aptly named ‘The Caterpillar,” the structure was designed by local studio Undecorated and executive architect Studio Detroit. Measuring 9,000 square feet in floor plan, the metal building is shaped like a caterpillar—as the name might suggest, and it contains eight apartments. The ‘Quonset hut’ references a type of prefabricated building dating back to the US during World War II. The structures were popular because they were cost-effective and efficient to build. The architects used partly recycled steel for the structure.