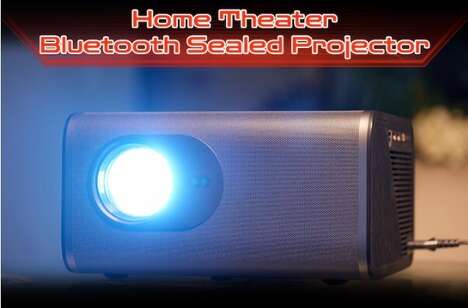 This projector boasts a long list of smart features. Aside from its 4k 60Hz display, the projector is equipped with automatic 4-point keystone correction that actuates nearly instantly. Additionally, the smart projector is fully compatible with Bluetooth devices, such as speakers and mobile phones. For users that would prefer not to use their phones, though, the XShow Home Theater comes with build-in applications for streaming video, as it is equipped with an Android operating system. The maximum display size of the XShow is 150-inches.

The XShow Home Theater is available for preorder at an early-bird price of HK$ 1,790, or roughly $250 USD.