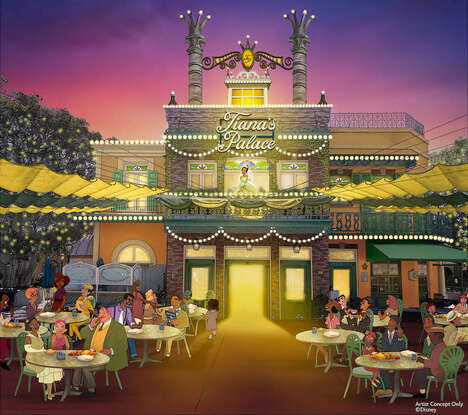 Disney has just announced that a new ‘The Princess and the Frog’-themed restaurant called ‘Tiana’s Palace’ is coming to California’s Disneyland Park later this year.

The new restaurant based on ‘The Princess and the Frog’ film will be housed inside what is currently the French Market Restaurant in New Orleans Square at Disneyland park. According to Disney, the new restaurant will be called Tiana’s Palace and it will be a quick-service style eatery serving up authentic New Orleans flavors. As for the decor, fans can expect peach-colored walls, wrought-iron balconies, and elegant fixtures. As Disney sums it up, “Tiana’s Palace is sure to be a gathering place for friends and family to enjoy great food and celebrate together, just like Tiana and her father James dreamed of.”

The current French Market Restaurant will close on February 17, 2023, and Tiana’s Palace will open later this year.