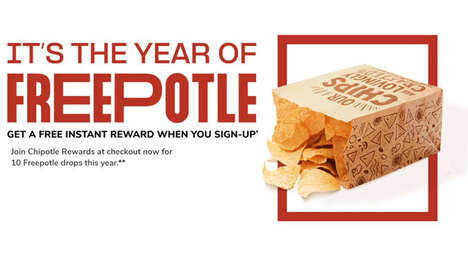 The Chipotle Rewards Freepotle perk is being launched as a reward for members to take advantage of in 2023 to maximize the amount of free items they can get. The update to the rewards program will automatically enroll members with the new perk with non-members able to gain access by simply joining now through March 6, 2023. The first Freepotle perk is a complimentary side or topping of guacamole, which is available now through January 15, 2023 for patrons to take advantage of.

The Chipotle Rewards Freepotle perk will include a total of 10 complimentary food drops throughout the year, which are reported to include free beverages, free Queso Blanco, the aforementioned free guac, double protein and more.