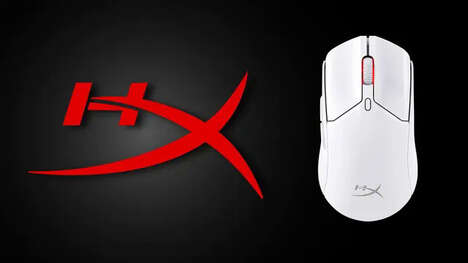 ‘HyperX,’ the dedicated gaming peripheral brand operating under HP, showcased the ‘Pulsefire Haste 2’ mouse at CES 2023. The mouse is available in both wired and wireless configurations with a lightweight design and an ultra-precise sensor.

One notable aspect of these two mice is the weight. The wired version weighs 52g, as it does not include an onboard battery. However, even with the battery added to the wireless version, the mouse weighs only 60g, equalling only eight grams added for a 100-hour battery life.