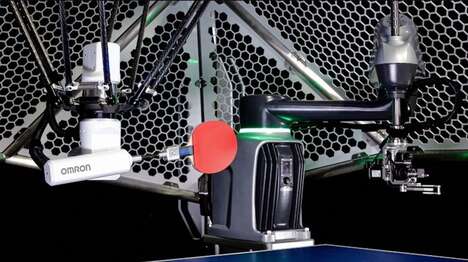 OMRON Robotics designs the new Forhpeus robot, which stands for Future OMRON Robotics technology for Exploring the Possibility of Harmonized Automation with Sinic theoretics. It is able to play ping pong as there is a paddle attached to its hand and also helps by teaching humans how to play the sport as well.

It was designed back in 2013 starting from the question “Can a human beat a machine?” Additionally, the robot is also developed to understand emotions and based on that data, decide what next move would be made, similar to how humans function in a game. The current robot is the newest version and the seventh. It is full of skills that can understand its own mistakes and correct that for new moves.