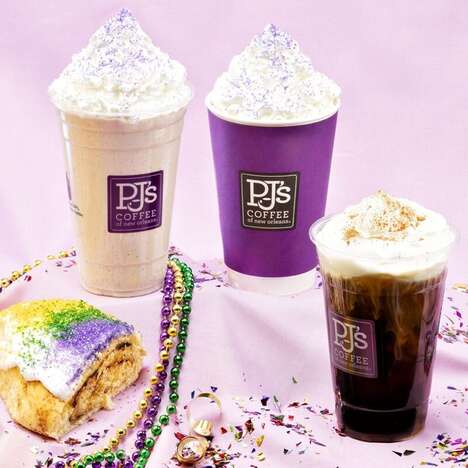 To celebrate the arrival of carnival season, PJ’s Coffee is introducing three Mardi Gras drinks for a limited time. The trio of drinks from the Orleans-born coffeehouse offers a fun way for fans of the brand to immerse themselves in the colors and flavors that the season is best known for.